The sight that greets us on arrival is part of the reason why I choose the location I did. Throughout history people have sought to beat back the night, and this night perhaps more than any other. The icy white of the pier’s high-output lamps create a welcoming oasis of light, even in the Solstice’s darkest hour.

As untold generations have before us, we draw comfort from that light, and from the knowledge that we are together, and not completely alone in the night. 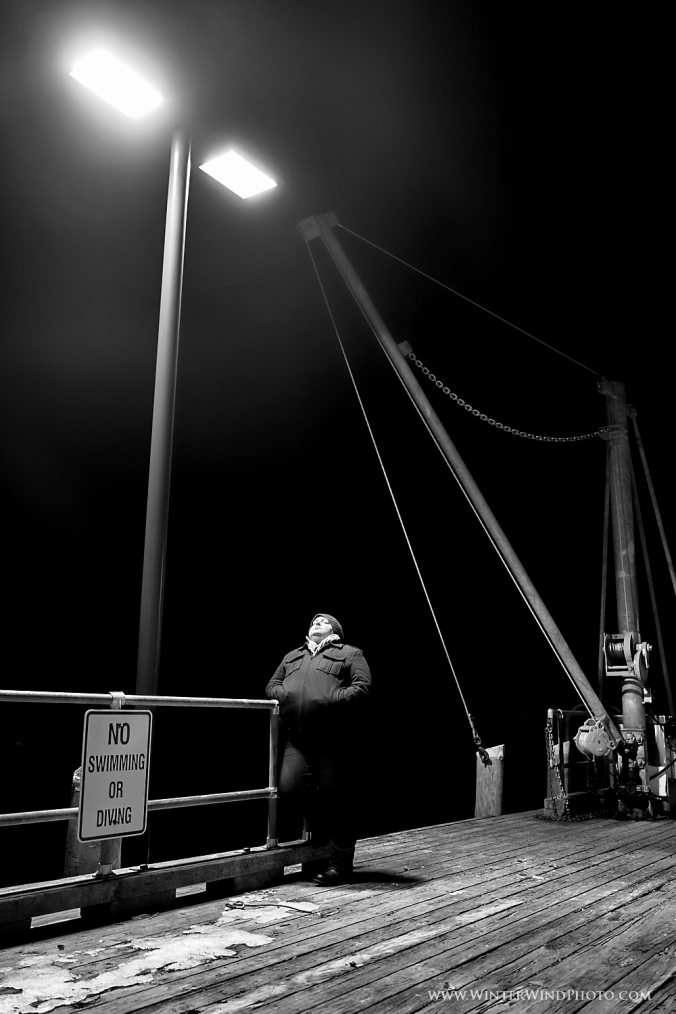 The sky is already lightening by the third and final time I return to the pier. The pale blue sky speaks of low clouds, though when I arrive there is a cloud break to the north that is beginning to turn pink with the coming dawn.

Ten minutes later, as I am scanning the sky for any sign of the sun, just as my five-minute-until-sunrise alarm goes off, I notice that the promising patch of clear sky has been swallowed by clouds. Almost simultaneously, I become aware of a hissing sound familiar to those of us in the northern latitudes: fine particles of ice and snow skittering against the outer-shell of one’s hood.

By 7:11am, my first sunrise of the waxing year, the pier and I have been engulfed in a driving snow squall. I hold out as long as I can, but eventually the freezing wind forces a retreat. The sky beyond my windshield has warmed to a slate gray, heralding the return of the as-yet invisible waxing sun as I pull out of the parking lot.

The Long Night is over, and I end my vigil having hailed the returning sun in absentia. This year of all years, when hope is a scarcity, it is tough not to see it as a troubling omen.

These photos, as with a ton of my landscape, astrophotography, and sunrise/sunset photos would not be possible without the amazing resource that is The Photographer’s Ephemeris