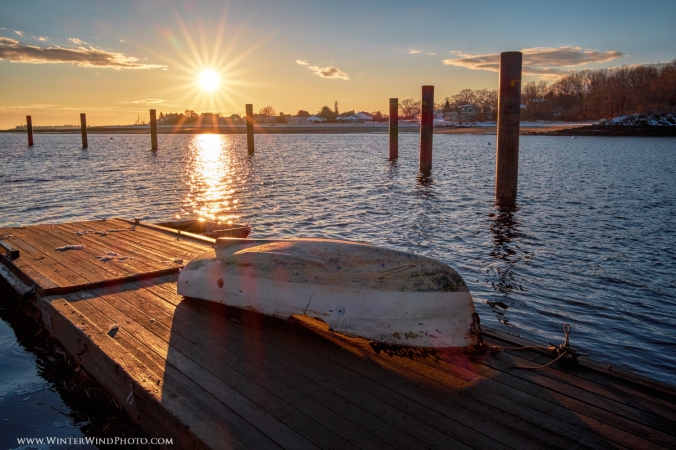 The sun at last has set on 2016, and I’m glad to see it go. It was a year that saw a seemingly endless cavalcade of personal, cultural, humanitarian, and political horrors. From my mother’s cancer battle, to my father-in-law’s suicide, to the protracted shit-show of the US election, and so many other individual and collective struggles, the last twelve months have been simply brutal.

And although it is tough to summon up much optimism for the coming year, the dawn of 2017 nevertheless found me watching for the first light of a new year, having returned Camp Ellis, where I shot my Solstice vigil photos. There were other places I might have gone, but after my dispiriting Solstice dawn, I wanted to try again for a joyous sunrise, rather than the miserable one that ended the Long Night.

There are two reasons why I shoot the sunrise of January 1st every year, and they are both so vitally important to me:

The first is that shooting the sunrise is itself a profound act of hope. Against a black sky, it is difficult to know what a sunrise will look like. Even with weather radar and satellite maps, the sunrise is something of a mystery until it happens. When I am packing up my gear and loading everything into the car, I am committing to a course of action based solely on the hope that the sunrise will be worth the effort. And if there is one thing above all else that I have to hold close to my heart going into the new year, it is hope.

The second reason is intimately linked to the first. It may not be possible to live without hope, but it is equally true that it isn’t possible to succeed without making the best of the hand that the Fates deal us. I made a commitment both to shoot the sunrise of the new year, and to share that sunrise with all of you. With that as a given, I have no choice but to make sure the results are worth being seen. That puts me under no small amount of pressure, but I need to be able to use that pressure to make myself and my art better.

In the divination system of the magical/mystery

tradition I belong to, we talk about the Left Hand, in which we hold close the things that we use to shield ourselves from an often harsh world, while in our Right Hand we hold that which we put out into that world. Making an effort to be mindful of what I’m holding close to heart and what I’m putting out into the world is a perspective I find particularly useful to my mental and emotional well-being.

And so as the sun rose on the first dawn of 2017, I held hope in my left hand and hard work in my right.
I suspect that we all will need an abundance of both before the last sun sets on the coming year.