I used to write a weekly essay column for Bil Browning’s The Bilerico Project called Picture Tells A Story (PTAS), in which I paired an essay with a relevant piece of my photography work. Though Bilerico isn’t around anymore, from time to time, I find myself drawn to putting a PTAS together and posting either here, or my photography site, Winter Wind Photography. This is one of those posts.

On November 5th I played a large part in one of the simple, small tragedies, that are always unfolding around us.

Driving to the market on a rainy evening, a flash of white showed in my passenger-side window, just as a sickening “thud” shook the cabin. Pulling over as quickly as I could, possible causes raced through my mind, and while I couldn’t see any damage on the car, I headed back along the road, hoping to see some sign of what had happened. Walking down the road while sweeping my phone back and forth, I saw a small form lying motionless on the slick road.

As I got closer, my phone’s flashlight showed it to be the sizable, though far smaller than the deer I was expecting, body of a bird of prey. Hoping it was just stunned, I somewhat foolishly stepped out into the road and gently prodded what I now realized was an adult Barred Owl, but the way its head flopped bonelessly, and farther over than was natural, stole away that hope.

By some miracle, none of the oncoming cars had struck it yet, and I just didn’t feel ok abandoning it to be flattened under the tires of some merciless truck. There was nothing I could have done to prevent it from slamming into the side of my car, but I still felt responsible for its death. Holding its lifeless, but still warm, and so very soft, body to my chest, I made my way back to the car, whispering apologies over and over for the existence of a universe so stupid and uncaring that such a beautiful being could come to such an ignoble end.

I cried the whole way home.

Death has been on my mind quite a bit lately. My grandfather, the last in his generation, died this past spring. My mother has incurable metastatic cancer, which stubbornly refuses to be managed as well as her doctors keep hoping. My father had a sudden and unexpected major health issue that landed him in the hospital facing an uncertain outcome, though it was eventually resolved better than we dared hope. And my husband still struggles with the death of his father by suicide a couple of years ago, which followed soon after the death of his grandfather.

As well as I’ve managed to hold myself together, the owl broke me. It was just one injustice, one senseless intrusion of death too far for me in that moment. It was the perfect embodiment of the helplessness, anger, and frustration that hums away in the back of my mind when I think about my dwindling family, particularly in regards to my mom’s cancer.

I am certainly not the first person whose spiritual Work and life is tied up with death and the Dead, who struggles with his faith and feelings when death comes for those he loves, or for himself for that matter. And I don’t consider it hypocritical to recognize the inevitability and necessity of death, while also raging against it for taking those we love.

Helpless in other areas of my life, I was determined to do right by the poor owl who had met its end by my unwitting actions. Years of therapy isn’t necessary to recognize that part of that desire had to do with asserting control where I could as a coping strategy, or that I was projecting a ton of my own shit onto the owl.

So the next day found me calling several Maine state agencies to make sure that no one needed the owl for epidemiological, conservation, or religious reasons. One by one I was assured that no one wanted the owl, including the local Native American population. I also, despite both the illegality of doing so, and my own revulsion at the idea of marring its body, had divination done to ensure that I wasn’t supposed to keep any part of it, such as feathers or talons. I was relieved when the diviner got a clear indication that it wasn’t necessary or expected.

After a few days in my refrigerator, the owl still looked and felt as perfect as moments after it struck the car. Even knowing it had been in storage while I waited for a clear day, part of me kept expecting it to wake up.

As I was getting ready to take it to the woods for its final rest, I found myself grabbing a camera. Unlike when my grandfather died, this wasn’t so much about processing grief, as it was a deep desire for the owl to be immortalized in some way. I have been collecting and restoring photos of my family, mostly from my grandparents’ attic, for much the same reason. As they, their parents, and their extended family pass out of spoken memory with every new death, it pains me to imagine even their images falling away to dust, despite the fact that eventually it will, and indeed, should happen.

It took close to an hour to find a suitable place for the owl. I wanted it to be off of any trails, where it could hopefully remain undisturbed until winter. Burying it seemed wrong, so I found a hollow formed by some tree roots to lay it to rest. I said a prayer, then shot this photo before heading home.

Our new home has a beautiful altar to the honored dead. This photo will eventually be added there to serve as representative of wilderness dead, particularly those killed by the encroachment of humans on their habitats.

I was unaware of this way that scammers are gaming the Kindle Store, and especially Kindle Unlimited, but I certainly have become aware of how utterly worthless product reviews on Amazon have become.

So many items (including books) are filled with barely-disguised paid reviews, sometimes dozens with as few as one or two words changed. I no longer feel safe buying a product on Amazon based on a rating or reviews without extensive research, and I NEVER buy or even borrow (through KU) a book without checking it against Goodreads, where sometimes the ratings are wildly different, even with a high number of reviews and ratings on both sites.

The marketplaces of the internet rely heavily on a certain level of trust, particularly when we can’t see and handle a product in person before committing to it, and if that trust is betrayed, those markets will implode.

Even if movies and/or superhero films are of no interest to you, give this a read. I’ve read plenty of reviews of the Wonder Woman, but Heidi is one of my favorite authors, and I feel like she captured something at once beautiful and painful (mostly regarding it taking this long for a film like this to exist) about her experience of seeing it.

Because of the TS I can’t go see movies in a theater, but I’m going to try and find a drive-in so I can see it on the big screen.

I am a huge romance fan, and particularly adore the work of Heidi Cullinan. This well-cited take down of The Mary Sue’s poorly thought out screed against the genre is a must-read for fans of literature, romance, or actual research.

I’m obviously not Christian, but I do have a horse or two in this race. For starters, I’m weary of seeing my LGBTQ siblings who *are* (or more often, *were*) Christian suffer terrible emotional, spiritual, and sometimes physical abuse in the name of Jesus Christ. It’s even an obstacle sometimes as a polytheist pagan in my interactions with folks who follow Christ, as decades of being told by the Christian media that I’m a disgusting, horrible person, whose quest for equality will lead to the down fall of society – and Jesus says so, has left me with an impression that the Christian god and messiah is a hateful, vengeful being who offers hope only to those that fit into a narrow category of existence. That’s such a radical difference in perspective from that of many of the Christians that I know personally that it is hard sometimes to find common theological ground on which to have a discussion. It’s like the opposite of the (probably apocryphal) Gandhi quote: I loath the Christ that I’ve been shown, but quite like some Christians, who are as the saying goes, quite unlike their Christ.

But leaving all of that aside, I’m hoping that more LGBTQ affirming Christians will “come out” so to speak, simply because as a person of faith, I’m dead tired of being painted with their brush. I was raised in an LGBTQ affirming faith, and I belong to a *different* LGBTQ affirming faith, yet simply by virtue of being a religious gay person I’m assumed to be self-hating and/or contributing to a system of oppression, because so many LGBTQ people’s ONLY understanding of religion and faith is that to be a person of faith is to be filled with vileness and hatred towards LGBTQ people. That’s been their experience, both of their milk religion of Christianity, and of how faith is portrayed in American public life by the outspoken Christians whose faith is inseparable from both political activism and their hate of anyone who is different from themselves. 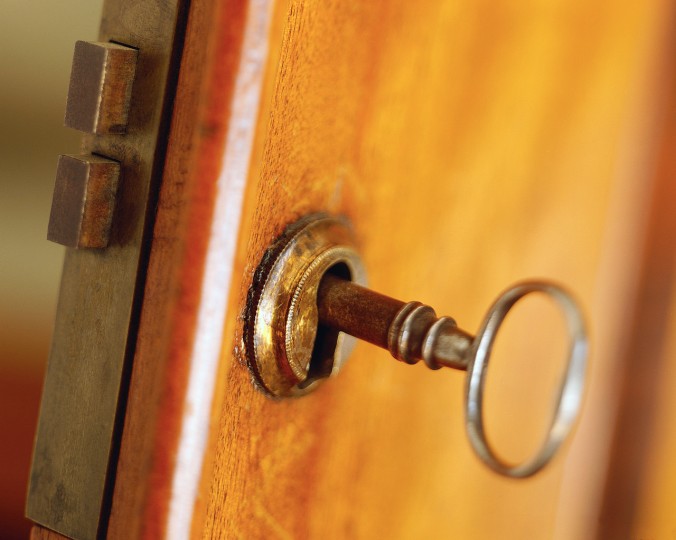 “I’ve been a Christian my entire life, and I’ve never been able to ask these questions, because I feared how I’d be treated in my church. Reading your writing today gave me permission to push back, to start conversations, and to ask for better answers than I’d been given.” – A reader

I can’t tell you how many times over the past few months that I’ve read a variation of these same exhausted, religion-weary words from people all over the world, from every denomination, every theological tradition, and every church setting.

And though the language and the story and the circumstances may change slightly from person to person, one idea has surfaced over and over and over again; a familiar melody reprised nearly every single day: permission.

Straight Christians, many of whom have spent the entirety of their faith lives unable to address the nagging, persistent, terrifying questions about the way the Church and her theology has laid waste to the LGBT…